Why Outside Air Is Safe and Park Closures Should End

During the past month, the fear of coronavirus had spurred political leaders to close parks and nature areas throughout the country.

In Washington State, all state parks and state lands managed by the Department of Natural Resources are closed through at least May 4.  Here in Seattle, all major city parks were closed last weekend and parking lots for city parks are still shuttered.  Picnicking, barbecuing, and any sports are illegal in Seattle parks.  In California, hundreds of state parks, including many major beach areas, have been closed, and parking has been blocked off for all state recreation facilities.

All of these closures are predicated upon the assumption that coronavirus infection is a serious threat in outside air and that virus spread is significant outdoors.  As documented in this blog, such an assumption is not consistent with the best science.  Furthermore,  there is strong evidence that restriction of public access to parks and natural areas threatens both the physical and mental well being of the population and thus is counterproductive.  Many politicians claim that parks must be closed to prevent large groups from gathering and spreading the virus.  As we will see, such worries appear to have little basis in fact. 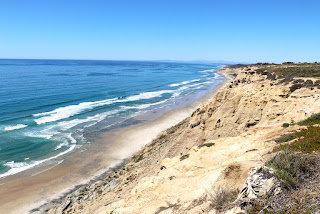 Is Outside Air Safe?


After searching through the literature and talking to a number of doctors and researchers, I could not find a single paper suggesting significant outdoor transmission of COVID-19 or any coronavirus. But there is a huge literature and long historical experience suggesting that outside air is immensely safer than indoor air within constrained spaces.  Here are a few examples and some quotes from medical experts on this point: 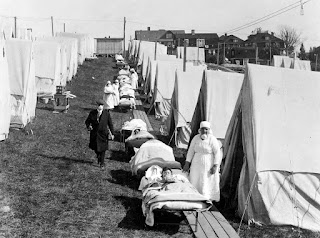 Influenza patients were moved into the sunny, outside air to promote recovery during the 1918-1919 pandemic. 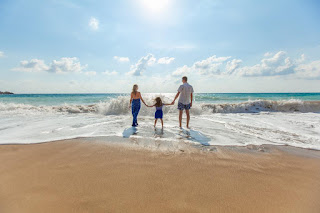 I could quote a lot more literature and from additional specialists, but you get the point.  Being in fresh, outside air, particularly when the sun is out, is clearly a good place to lessen one’s exposure to COVID-19.

The risk of transmission of COVID-19 is extraordinarily less in outside air compared to within buildings.   There is essentially no background concentrations of the virus in outside air.  Ultraviolet radiation from the sun is destructive to the virus.  They is rapid dispersion of any source of virus (e.g., an infected coughing individual) by the wind in the vast outside volume of air.  And there is a substantial literature that concentration matters:  the more exposure to viral particles the greater the chance of infection. Viral concentrations will be very low outside, if they are measurable at all.

Recently, there has been a lot of media attention regarding a simulation of particle dispersion from a coughing runner, with recommendations not to run directly behind him/her and particularly in the wake region behind the runner. There was some dramatic imagery (see below), but the risk from sick runners is really quite small.

First, there are not many runners coughing and sneezing while running–when someone is sick with the virus they have great fatigue and if they were asymptomatic carriers they would not be coughing! (Note:  there are some folks that cough after intense exercise).  Furthermore, the large virus-laden droplets tend to fall quickly and the smaller particles/droplets tend to follow the streamflow around an obstacle (that’s you).  Most importantly, the droplets ejected from a sick runner would rapidly disperse in the free atmosphere and the UV radiation would work to lessen the viability of a virus.   Yes, there is a slipstream of air immediately behind a runner in which concentrations could be greater….but how many people are running immediately behind a sick runner? Even in the video, little of the particles reach the face of the runner following immediately behind.   Folks, this is a very small risk. 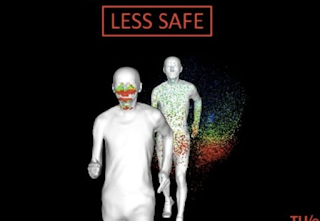 So let’s get back to the policy decision to ban folks from parks and why it is illogical and contrary to common sense.

Hopefully, you are convinced that outside air is immensely more healthful with far less COVID-19 risk than the air we breathe inside of buildings.  You really want folks outside for that reason alone.

But what about social distancing?  If that is good, you want folks to spread out as much as possible. Thus, they should be ENCOURAGED to get their fresh air in vast open public spaces and particularly ones with lots of air motion (i.e. wind). 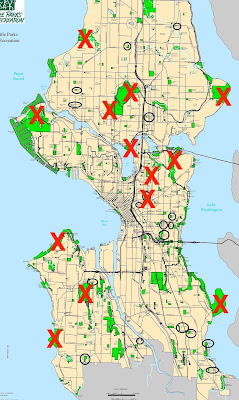 But yet that is exactly the opposite of what our political leadership is doing.  Here in Seattle, the Parks Department closed the largest parks in the city (like Magnuson, Lincoln and Discovery) last weekend, parks that afford great opportunities for social distancing (see map).  Many of these large parks (red X in the above figure) are near the water and experience stronger winds that are  particularly favorable for virus dispersal.  In contrast, the city left the smaller parks open, concentrating folks in small areas.  Just is bad is the closing of park parking lots, which forced folks to leave their cars outside of parks and to walk in narrow corridors (less social distancing) to enter the parks. 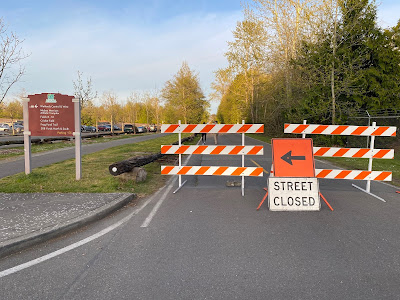 Magnuson Park was closed and everyone is forced to walk on the crowded path to the left.

All these park closures are based on fears of transmission within groups enjoying the parks.  But such closures do not make sense.   First, there is little evidence of viral spread in outdoor spaces, even when crowded.  Second, there is little evidence for such crowding in Washington State and California parks in other than the most isolated incidents.  I have been to several Seattle parks during the past weeks– folks are generally careful and respectful, without large collections of folks in close proximity.  Obviously, park officials can make it clear that closely packed large crowds are not appropriate and that there will be giving warnings and citations if such crowds occur.   To put it succinctly, park closure is a solution in search of a problem that has never been shown to exist.  And it hurts exactly the people it is meant to help.


Going to parks is extraordinarily good for physical and mental health.  Being outside exposes folks to the sun’s UV rays that facilitate production of vitamin D, which bolsters the immune system and reduces the chance of infection by COVID-10 and other pathogens.  Recently, I got a call from a UW professor of medicine who is working on exactly this important relationship with COVID (he needed global UV/solar radiation data), confirming the above.   Vigorous exercise and even walking enhance the immune system, reducing chances of infection.  And exercise and fresh air have a very positive effect on mood, reducing stress and anxiety–both of which weaken the immune system, 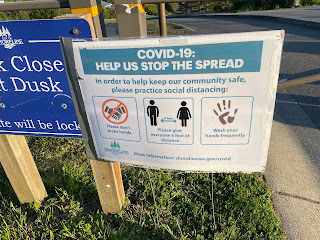 And in a progressive city like Seattle, or in the progressive states of Washington or California, there are simple equity ideas that should be compelling.  Closing parks or making entry difficult hurts low income people the most.  Folks that live in small apartments or in crowded environments greatly enjoy the physical and emotional release of our wonderful large parks.  They are the ones who are most deprived by the park closings, both mentally and physically, in comparison to those with large homes and extensive garden areas.  And the closing of parking lots deprives the elderly and physically handicapped from the healthful conditions in our parks and the emotion salve of enjoying the outdoors.  I have noted the demographic shift in the park when the parking lots were closed.

In some ways, this is all about risk.  There is an extraordinarily small risk of catching COVID-19 while enjoying parks and natural areas.  I mean really, really small.   But park closures provide substantial risks that clearly threaten one’s physical and mental health.  Our society is not particularly good in qualifying and acting upon risks, and the park closures are a prime example of this failure. 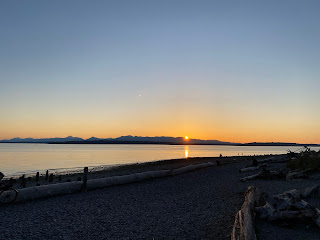 Parking is closed and many cannot enjoy this view anymore

Governors Inslee, Cuomo, and Newsom have all stated that in dealing with the COVID-19 crisis it is essential to “follow the science.”   It is time that they follow their own advice, reopening all the parks and nature areas, including the restoration of all parking facilities and access.

Talking Kitty Cat 57 – The Cat That Hacked The Votes