Why don't we build ziggurats anymore?

Much of the architecture from the ancient world used the ziggurat structure – a truncated, tiered pyramid – in construction. However, the classical world swept through Sumerian and Assyrian architecture, and these days, it is unusual to find a structure that takes this form. Why was this building method abandoned? What were the advantages to it? Would it make sense to use it in our current architecture?

Beyond the romantic, adventurous memories that stir when we look at ziggurats like the one in Ur (Iraq, above) or Chogha Zanbil (Iran, below), it is remarkable how ancient civilizations used basic principles to build their temples and even raised cities – gardens in the middle of the desert with their own climate.

What is a ziggurat, and how is it built?

Have you ever tried to make a tower of bricks? If not, don’t head out to your nearest construction site just yet. Some video games, such as “Tower Builder” (below) show how hard vertical construction is using the age-old technique of placing blocks on top of each other. At a certain height, the structure becomes unstable and collapses.

To build up by stacking elements, ancient civilizations discovered a basic architectural “trick:” tiered building. The brick tower can be taller before falling if each level uses fewer bricks than the previous level. That, along with centering the loads on each plane’s center of gravity, is the key to building a ziggurat, and there are many types of this structure based on the size of that step.

Below, we can see the exterior of the ruins of the Chogha Zanbil ziggurat in Iran. At first glance, the tiered structure housing the old religious center stands out. Built around 1250 BC, it is so stable that it is still standing with zero maintenance. 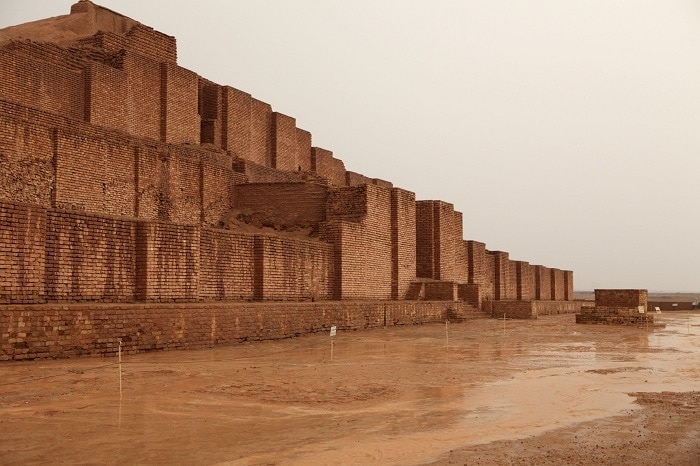 The way these settlements were built didn’t require a lot of labor, like the large blocks for the Egyptian pyramids did. In fact, the materials used were sun-dried bricks (adobe) or bricks cooked in ovens. Nothing more complicated than a cart and flat stacks that started at the base.

Talking about loads, a ziggurat’s base supports the first level, the first supports the second, and so on, so the really important thing was knowing how to calculate the horizontal and vertical distance that each added level allowed (level two also weighs on the base). They often learned by trial and error – collapsed walls. Luckily, we’ve come a long way since then.

Why don’t we build ziggurats nowadays?

For millennia, it made a lot of sense to build toward the heavens, the dwelling place of the gods in most religions. Though there were small cities based in ziggurats, the vast majority of them were temples of worship rather than spaces to live in. In this sense, ziggurats are like pyramids or cathedrals: today, an eccentric way to climb ever higher. In their prime, they required new construction techniques.

As history unfolded, we learned more about the behavior of materials. We’ve moved from thick walls to large windows, for instance. The Romans were among the first to use arches and elements that helped manage loads to open up interior and exterior spaces, and in New York and Abu Dhabi, we’re seeing the latest in high-rise construction.

We stopped building ziggurats because we learned how to go higher without needing to stack bricks in tiers. Without this knowledge, it would have been impossible for us to design Romanesque rosettes or large office windows that let light in. Now, we continue to climb upwards (albeit for different reasons, and with new techniques). We also have elevators, which is a relief. 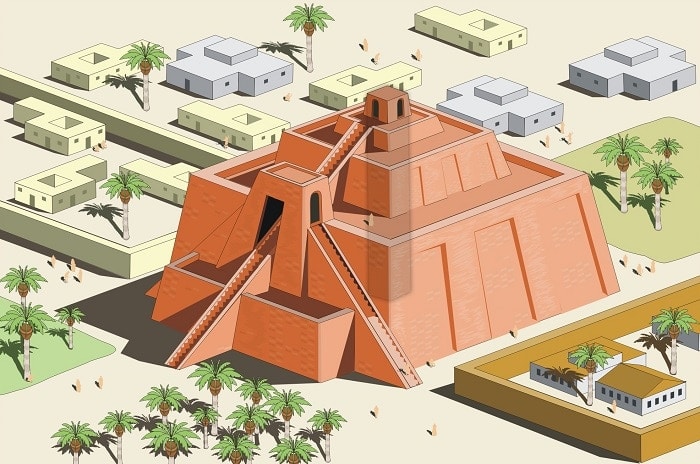 Without having to go into a lot of detail, the image above shows the central vertical line of the temple of Ur. The rest of the structure, which is more than 90% by volume, is there to support the small column that, in turn, supports the sanctuary.

Although it is imposing in images – and would certainly have been quite the attraction in its day – the cusp barely reached 15 meters in height. Estimating each level to be about three meters high, that’s the equivalent of a five-story building. Even in perfect condition, the Ziggurat of Ur would hardly be of note in most cities.

Modern ziggurats – would they make any sense?

Though uncommon, the ziggurat is still used in architecture today. Of course, for different reasons than the ones built millennia ago. Nowadays, ziggurats are chosen for aesthetic reasons. We can take, for instance, the well-known headquarters of the California DGS, an executive branch of California’s government. 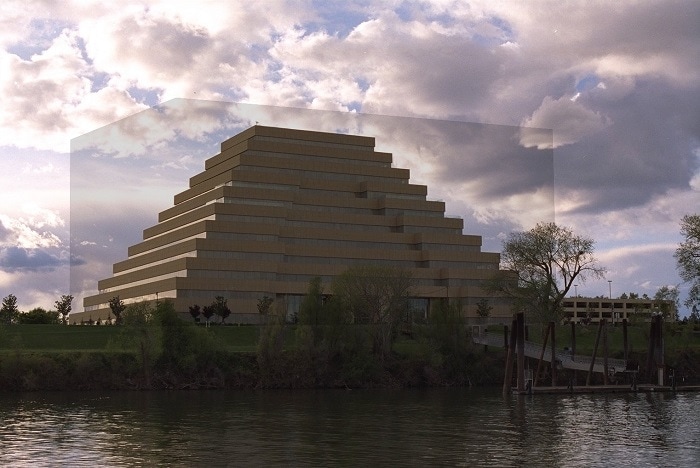 In terms of construction, there is no reason why this building, called “The Ziggurat,” needs this shape. Workers inside would be unaffected whether the building was in this shape or even upside down. It is therefore a more aesthetic necessity rather than a utilitarian one – a way to showcase architecture.

Where there was intention behind how space would be used was in construction on the Shenye TaiRan, an iconic building in Shenzhen, China. As shown in the view below, the building has terraces at staggered heights. Each of them has a landscaped area, some with small ponds that simulate nature to some degree. 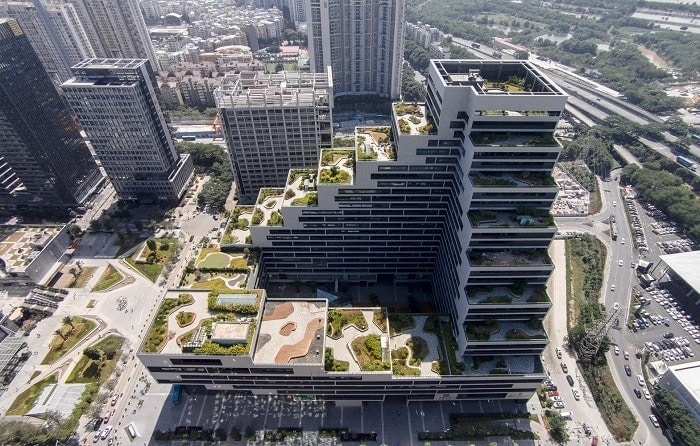 The architectural team’s aim was to make room for vegetation, thereby sacrificing a huge potential volume for building up (as can be seen at the highest part of the building). Unlike the ziggurats of yore, the top floor doesn’t distribute weight to lower levels; instead, its loads are supported on its vertical.

So ziggurats can make architectural sense, though their purposes differ from those of the originals, and the loads are even distributed differently. Today, a ziggurat can make it easier for all of the housing in the same building to have access to an elevated courtyard, the creation of elevated parking spaces, or as a way to create original, organic spaces.

I found a HACKER with *UNRELEASED* Fortnite skins…

NOOB vs PRO vs HACKER in Fortnite Battle Royale