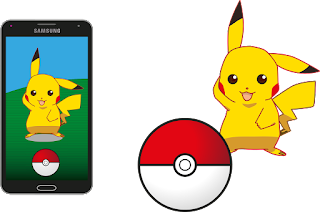 A New Jersey man has filed a lawsuit against the makers of the popular location-based augmented reality game, ‘Pokemon Go’ for placing the virtual creatures on his property without permission which caused players trespassing on private property.

The first suit against game makers Niantic, Nintendo, and The Pokémon Company, was filed by Jeffrey Marder in Northern California’s U.S. District Court after strangers lingered outside his house with their phones in hand in West Orange with at least five people knocking on his door and asking for access in order to “catch” a Pokémon. The lawsuit claimed the game’s developer, Niantic, “made unauthorized use” of his and other people’s properties by placing PokeStops and Pokemon Gyms, virtual meeting points key to playing the game thus encouraged “Pokemon Go’s millions of players to make unwanted incursions onto the properties” of him and others who may have been affected.

Nintendo and The Pokemon Company were also named as defendants in the lawsuit because of their interest in the Pokemon brand.

The game uses Smartphone’s’ cameras and GPS capabilities to superimpose creatures known as Pokemon, as well as meeting points like PokeStops and Pokemon Gyms, over real-world imagery and maps. A player’s objective is to capture Pokemon by travelling around on foot. It has lead to official requests around the world for people to be kept away from locations for safety or sensitivity reasons.

The suit seeks class action status for others who have had Pokemon stops and gyms placed on their property.

“Defendants have shown a flagrant disregard for the foreseeable consequences of populating the real world with virtual Pokémon without seeking the permission of property owners,” the lawsuit filed by Marder’s attorney Jennifer Pafiti reads.

Released on 6 July in the U.S. and later in Europe and other parts, the smartphone game has become a global phenomenon. Some countries, including Brazil and India, are still waiting for the game’s official launch.

The lawsuit filed by Marder also mentions several other homeowners, movie theaters and even historical landmarks, expressing concerns over their sites being tagged by Niantic as “Pokestops” or “Pokémon Gyms.

There have been reports of the game’s drawing people to sensitive locations. In July, the United States Holocaust Memorial Museum in Washington, D.C., asked people to stop playing the game inside the facility. Hiroshima Peace Memorial Park in Japan has also asked to be removed from Pokemon Go. The former concentration camp of Auschwitz, where millions of people were killed by the Nazis, has also banned the game.