A price comparison of Spam and fresh fruit in a grocery store in Navajo Nation. According to the Diné Community Advocacy Alliance, the vast majority of the inventory at reservation stores would be considered “junk food” under the new tax law. 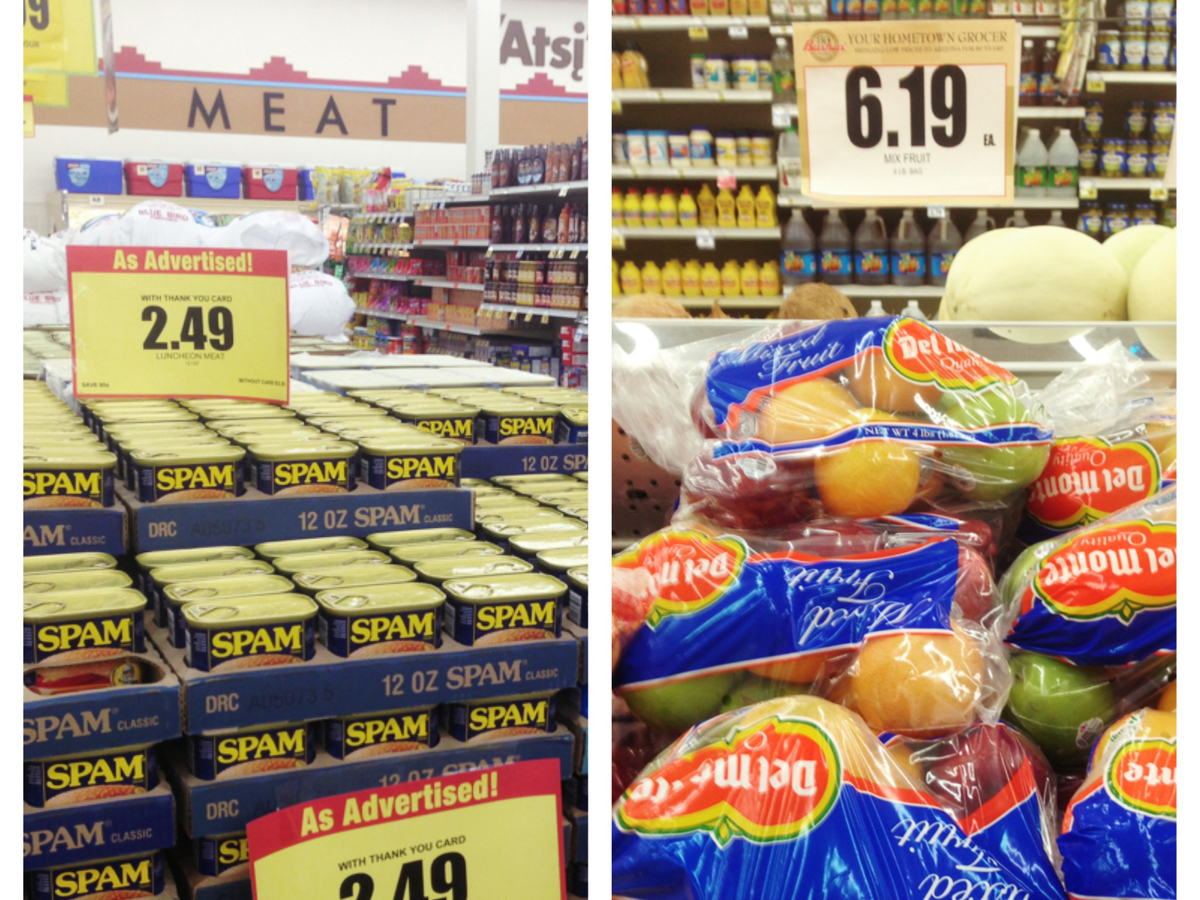 A price comparison of Spam and fresh fruit in a grocery store in Navajo Nation. According to the Diné Community Advocacy Alliance, the vast majority of the inventory at reservation stores would be considered “junk food” under the new tax law.

More than 30 cities and states across the country have attempted to tax soda. Nearly all have failed.

Now, a community of about 250,000 people has found a way to tax not just sugary beverages, but also junk food. At the same time, it’s making fresh produce more affordable in one of the hardest regions in the U.S. to buy it.

As of April 1, products like cheese puffs and energy drinks sold inside the Navajo Nation (the 27,000-square-mile reservation extending into Utah, Arizona and New Mexico) will carry an extra 2-cent sales tax (on top of the 5-cent sales tax on most goods sold there). And since October, fresh fruits and vegetables there have been tax-free.

In December, Berkeley, Calif., became the first city in the U.S. to pass a soda tax measure. But the measure that the Navajo Nation Council signed into law in November 2014 goes even further. Known as the Healthy Diné Nation Act, it’s the first in the U.S. to tax both sugary beverages and snacks, sweets and baked and fried goods of “minimal-to-no nutritional value.” 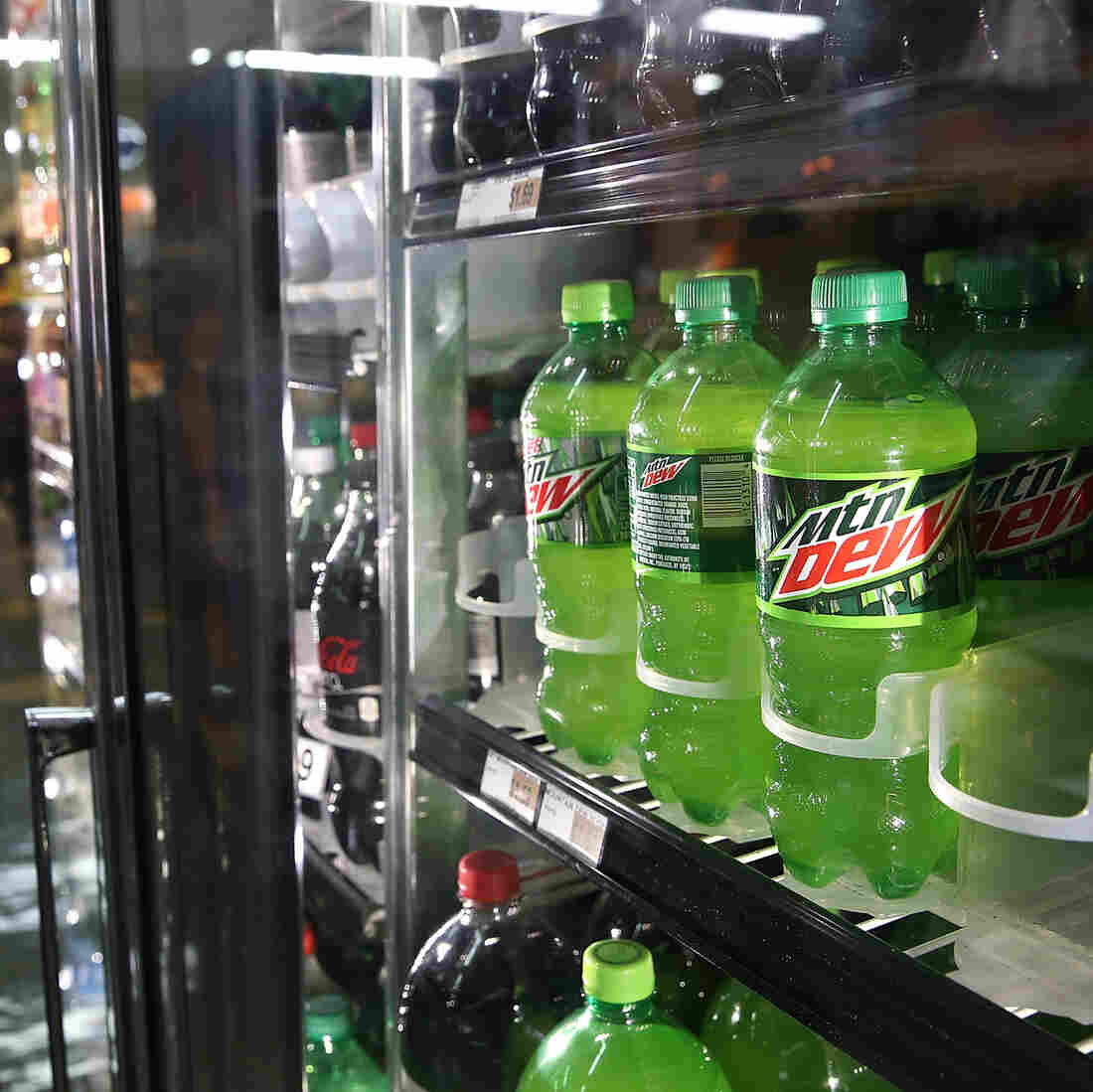 Wednesday’s implementation of the “junk food tax” was many years in the making, according to the Diné Community Advocacy Alliance, a group made up of volunteers grievously concerned about diabetes and obesity rates on the reservation and beyond. The group, whose name, Diné, is another name for Navajo, led the campaign for the measures.

Some 10 percent of Navajo Nation residents have diabetes, and another 30 percent are pre-diabetic, according to Indian Health Services. The obesity rate within the reservation ranges from 23 to 60 percent.

Health advocates say those alarming rates are partly due to the fact that the reservation is a food desert. The U.S. Department of Agriculture has identified it as such, and local groups have documented both the prevalence of unhealthy foods (some 90 percent of the inventory of local stores) and the limited number of places to shop for food of any kind. The Diné Policy Institute noted in a 2014 report that there are only 10 full-service grocery stores on the entire Navajo reservation.

Beginning April 1, all sugary beverages and food of “minimal-to-no nutritional value” sold on the Navajo reservation will incur an additional 2-cent tax. 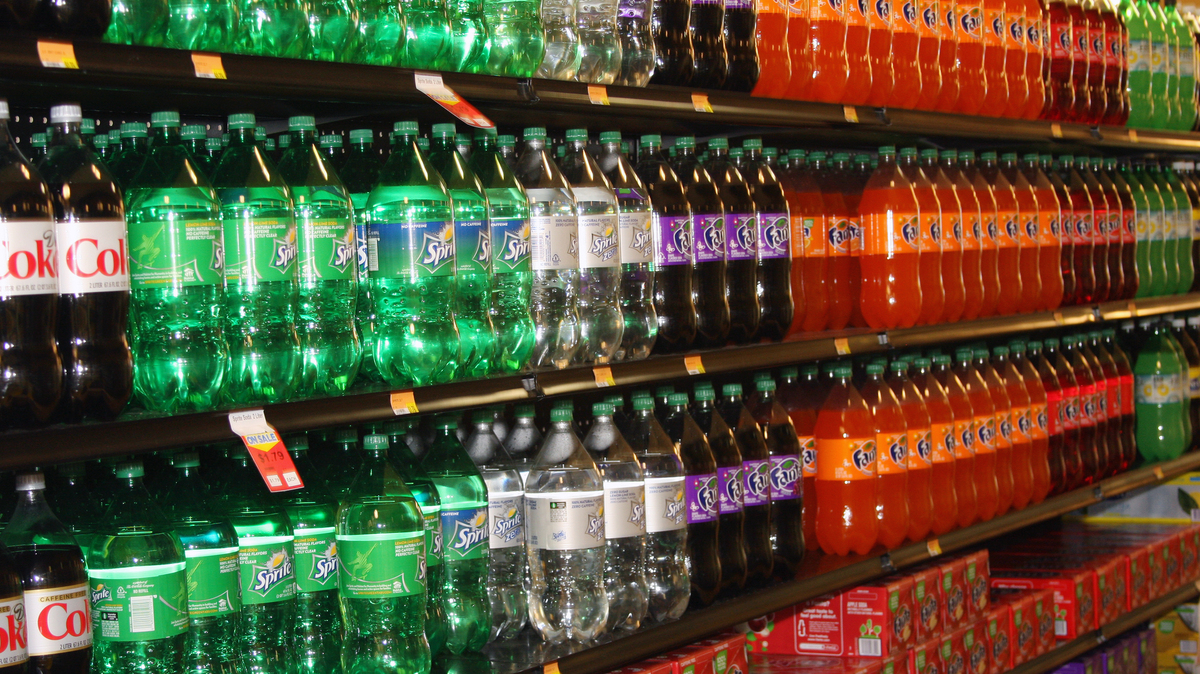 Beginning April 1, all sugary beverages and food of “minimal-to-no nutritional value” sold on the Navajo reservation will incur an additional 2-cent tax.


The idea for the soda and junk-food tax measure was born four years ago, Denisa Livingston, a spokeswoman for DCAA who’s also a community health advocate and Navajo tribe member, tells The Salt.

She and other community organizers wanted to find a way to raise money for health and wellness programs, but also make a point about how difficult it is to buy healthy food on the reservation and create new incentives to improve access to it.

“This is the start of making people aware that we are living in a food desert — something that’s not normal,” says Livingston. “If you [compare] the Bashas’ grocery store on the reservation and in Phoenix, looking at the layout, you see they have much more more healthy foods available in Phoenix compared to here.”

It’s unclear how much revenue the junk food and sugary beverage tax will generate between now and 2020, when it expires, but Livingston says it could be as much as $3 million a year. The funds are earmarked for health and wellness programs on the reservation, like gardening and nutrition education.

The “junk food tax” was signed into law at the Navajo Nation Council Chambers in Window Rock, Ariz. 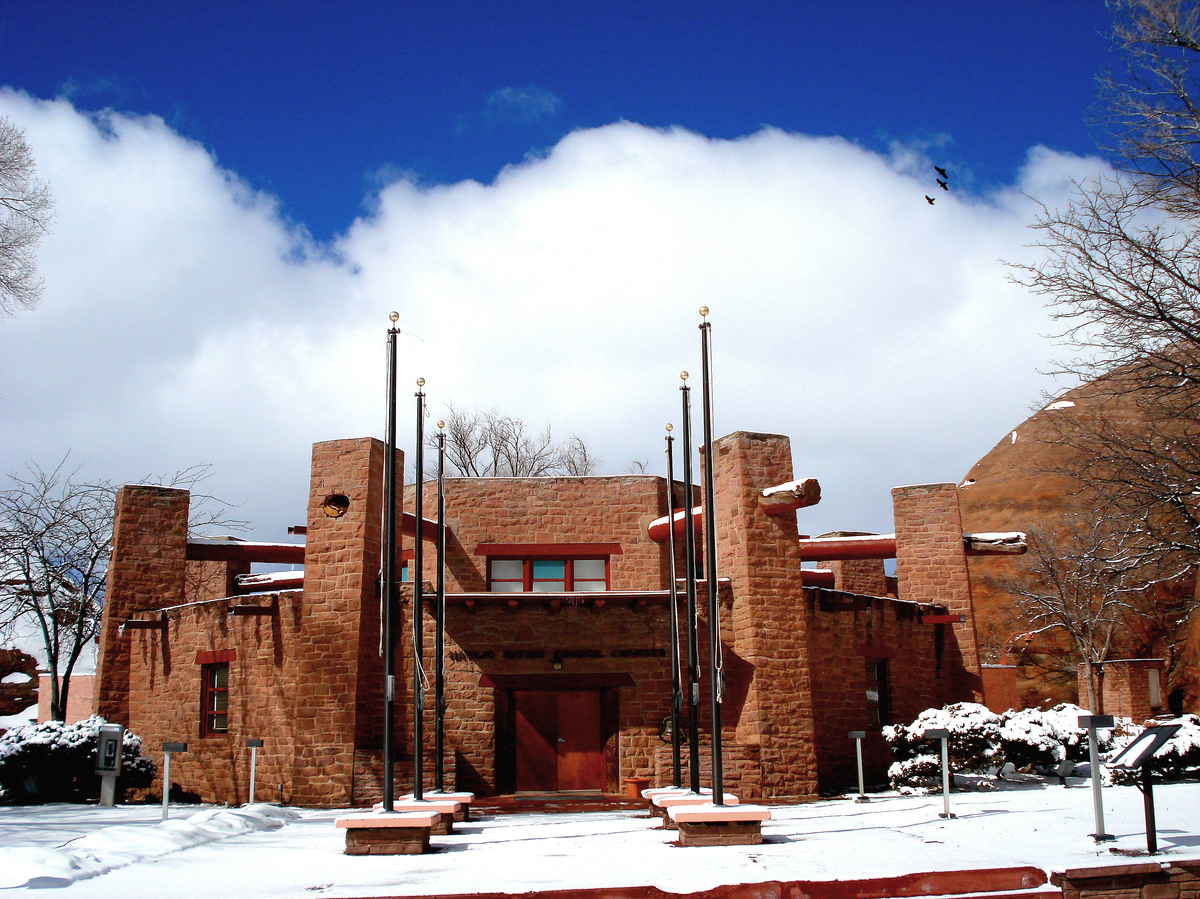 The “junk food tax” was signed into law at the Navajo Nation Council Chambers in Window Rock, Ariz.

But Livingston says she also hopes that the lifting of the tax on fruits and vegetables will help raise demand, and in turn, improve the availability of these foods in local markets.

More then half of Navajo members surveyed in 2012 said they travel to off-nation stores to purchase groceries; some said they drove up to 240 miles round trip to buy vegetables and meat.

“With the tax measures, now the Navajo people will have an opportunity to have ownership over healthy foods [that will be cheaper now] and re-create our grocery stores,” Livingston says.

Since there’s no precedent for a junk food tax anywhere in the U.S., it’s unclear what effect the changes will have on eating habits.

“The thing is that people addicted to sugar and junk food would pay any price to get what they want,” says Terrol Johnson, a member of the Tohono O’odham tribe in Arizona, co-founder and CEO of Tohono O’odham Community Action and publisher of Native Foodways Magazine. “My hope is that the tax will go back into the community for more education, and to invest in school lunches.”

According to Livingston, she and the other organizers faced significant opposition to the measures along the way, including pressure from the beverage industry to drop the soda tax proposal.

“About a year ago, there were beverage companies on the reservation lobbying against the tax,” says Danny Simpson, another DCAA representative and tribe member.

What happened on Navajo Nation may be somewhat unique, politically speaking, since it’s the only tribe that taxes goods sold on the reservation, says Raymond Foxworth, deputy director of development and senior program officer at the First Nations Development Institute (as well as a Navajo tribe member). His group helped fund efforts to pass the measure.

While other tribes interested in using taxes to combat obesity and diabetes may not be able to replicate it exactly, “this is a great example of how tribes can use their tribal sovereignty” to pass legislation that might not fly elsewhere, Foxworth tells The Salt.

And, Foxworth adds, other tribes may be inspired to try other tactics, like
“mandating that food sold at the casino comes from local producers.”

Livingston, for one, says she’s seeing a lot of momentum in Navajo Nation around healthful eating, thanks to the new tax measures and other initiatives encouraging home and community gardens for growing fresh produce.

And in March, a local non-profit announced a partnership with Wholesome Wave, a Connecticut-based group that connects low-income people with local produce. Using Wholesome Wave’s Fruit and Vegetable Prescription Program (which we’ve reported on) as a model, the collaboration will focus on healthy food access in Navajo Nation and offering chronic disease prevention outreach.

Remoticon Video: How to Use Max in Your Interactive Projects