Fileless Malware Attacks and How To Fight Them!

It has been crystal clear over these years with the increase in a number of cyber-attacks of an equally unique kind making it almost impossible for the out-dated or conventional security mechanisms to intercept and fight.

As if a single one-of-a-kind cyber-attack tool wasn’t enough, the threat actors now are laden with polymorphic tactics up their sleeves. Per sources, an entirely new version of a threat could be created every time after infection.

After “polymorphism” became apparent, the vendors as per reports engineered “generic signatures” had numerous variants in them. But the cyber-cons always managed to slip in a new kind.

This is when the malware authors came up with a concept of fileless attacking. They fabricated malware that didn’t need files to infect their targets and yet caused equal damage.

Per sources, the most common fileless attacks use applications, software, or authorized protocol that already exists on the target device. The first step is a user-initiated action, followed by getting access to the target’s device memory which has been infected by now. Here the malicious code is injected via the exploitation of Windows tools like Windows Management Instrumentation and PowerShell.

Per reports, the Modus Operandi of a fileless attack is as follows:
It begins with a spam message which doesn’t look suspicious at all and when the unaware user clicks on the link in it they are redirected to a malicious website.
The website kicks-off the Adobe Flash.
That initiates the PowerShell and Flash employs the command line to send it instructions and this takes place inside the target device’s memory.
The instructions are such that one of them launches a connection with a command and control server and helps download the malicious PowerShell script which ferrets down sensitive data and information only to exfiltrate it later. 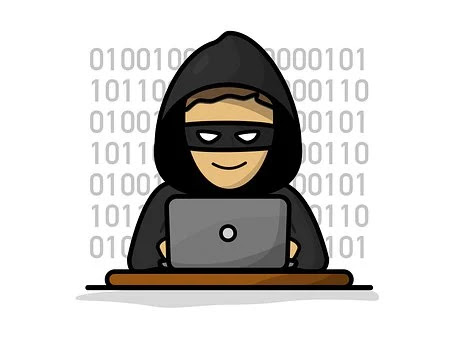 Researchers note that as these attacks have absolutely nothing to do with stocking malicious files onto the target’s device, it becomes more difficult for security products to anticipate or perceive any such attack because they are evidently left with nothing to compare the attacks with. The fact that files less malware can hide from view in the legitimate tools and applications makes it all the worse.

Recently lots of fileless attacks surfaced and researchers were elbow deep in analyzing them. According to sources, some well-known corporate names that faced the attacks include, Equifax that had a data breach via a command injection vulnerability, the Union Crypto Trader faced a remote code execution in the memory, the version used was a ‘trojanized’ form a legitimate installer file and the U.S. Democratic National Committee faced two threat actors used a PowerShell backdoor to automatically launch malicious codes.

These attacks are obviously disconcerting and require a different kind of approach for their prediction or prevention. A conventional security system would never be the solution corporates and organizations need to stand against such attacks.

Per sources, the Network Detection and Response (NDR) seem to be a lucrative mechanism for detecting uncommon malicious activities. It doesn’t simply count on signatures but uses a combination of machine learning tactics to fetch out irregular network behaviors. It perceives what is normal in a particular system, then tries to comprehend what isn’t normal and alerts the overseers.

Researchers think an efficient NDR solution takes note of the entire surrounding of a device including what is in the network, cloud deployments, in the IoT sections and not to mention the data storage and email servers.

Per sources, NDR gradually works up to its highest efficiency. Its and its sensors’ deployment takes a considerable amount of time and monitoring. But the final results encompass enhanced productivity, decreased false alerts, and heightened security.