EU promises free Wi-Fi to all

To expand its digital initiatives, the European Commission has planned to provide free wi-fi in all the public spaces across its member’s states within four years. The EU has a budget of €120 million set for this.

The commission will provide the set budget to subsidize the purchase and installation of Wi-Fi hotspots in 6,000 or more locations, but the provision of bandwidth and ongoing maintenance will be left to the local communities.

The project, WIFI4EU (Wi-Fi for EU) was announced by the president of the European Union’s executive body, Jean-Claude Juncker, in his annual state of the union address on Wednesday (September 14) which aims to put free Wi-Fi hotspots open to all EU citizens in parks, squares, libraries and other public buildings. 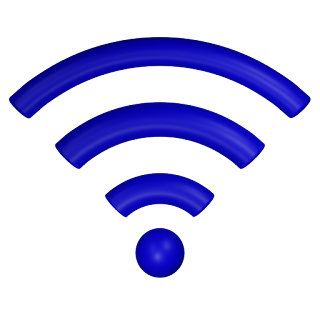 The hotspots will be open to all EU citizens, although given the budget it’s unlikely many of them will be able to get a signal without a long walk. In many towns and cities, people can already find free wi-fi on the High Street.

If local park or library already offers a paid Wi-Fi service, then the EU subsidy isn’t going to change anything. Projects that compete with a similar, existing private or public Wi-Fi offering will not be funded.

Juncker also announced that at least one city in each EU country will be deployed by the 5G mobile network by 2020.

This initiative would be crucial in rural areas where cellular networks are spotty or non-existent, and local organizations don’t always have the means to offer free WiFi hotspots. If a €120 million ($135 million) grant receives approval, communities would have access to the funds before the end of 2017.

Till 2025, EU has set some goals regarding the project which include minimum download speed of 100Mbps for all European households, minimum download and upload speeds of 1GBps for all hospitals, administrations and other public services reliant on digital technologies and uninterrupted 5G access for all major roads and railways.

The commission hopes to serve thousands of connections daily. If one connection represents one user, its goal is to connect almost one-tenth of the EU’s population each day.

However, there is a doubt if the public would benefit or not as European officials have been struggling to deliver an earlier promise to abolish mobile roaming fees.

The EU is also committed to its promises of erasing borders for media services, too. It wants to make content accessible across the Union so that the content is not limited in one’s home country. People can watch German Netflix shows while visiting France, for example. They could also buy pay-TV movies and similar material from other countries, some of which might well be less expensive than it is at home. Broadcasters would still have control over whether or not their content is available in other countries.

The new pledges may not apply to the UK because it may have quit the EU before the end of the decade.

With this proposal, there are copyright changes which are disturbing Google. The proposal would require better data sharing and transparency for creators, but it would also give press publishers rights that ensure they get a “fair share” of revenues for material they post online. This law is similar to ones in Germany and Spain which ask search engines like Google to pay up when they show an article snippet in their results. The EU contends that this is necessary to make sure writers are “paid fairly,” but Google unsurprisingly objects. It believes that the German and Spanish laws “failed,” and that these demands for payment ultimately hurt publishers by giving web users fewer reasons to click through to an article. 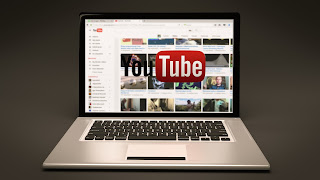 Moreover, the proposal requires that content uploaded on YouTube is copyrighted. While this does include “content recognition technologies” (possibly a reference to YouTube’s Content ID), Google is worried that the measure would require screening content before it goes public, which would demand far more work and investigation.

The proposal needs to clear both the European Parliament and individual governments to go forward. It may take a long time before the initiative takes effect without any significant changes. The initiative if applied would give a different digital landscape to entire Europe but there’s a concern that Google and others like it might scale back their European presence rather than make the effort to comply with new copyright laws.

And Always After That It Grew Much Worse