Apple is about to disrupt mobile game and app advertising in the name of privacy, and that could lead to substantial layoffs in the game industry, according to an analysis by mobile marketing firm Consumer Acquisition.

In a couple of weeks, Apple is expected to release iOS 14, and the mobile operating system update will effectively retire the use of the Identifier for Advertisers (IDFA). That identifier is used to determine which mobile users downloaded an app or game in response to an ad. And that enables game developers to measure how well targeted their advertising is. Some people think it will have a big impact, and others aren’t sure just yet because there are so many unknowns.

Apple will require apps to ask users for permission to collect and share identifying data going forward. Very few people are expected to opt-in to being tracked if they are asked directly. I’ve interviewed some experts about this issue in recent weeks. Opinions vary, but Consumer Acquisition CEO Brian Bowman’s view is a dire one.

Analysts like Michael Pachter of Wedbush Securities isn’t so sure it will come to pass, as he believes that mobile game companies will adapt to a different kind of broader advertising, rather than one-to-one user marketing where the payment is based on how well the ad does at getting that one user to do something. He said in a research note that he thinks ad rates could fall, allowing game companies to reap more profits. We won’t exhaustively cover this issue today with an analysis of all points of view. Rather, this story will focus on Bowman’s concerns.

Above: Facebook has sounded the alarm about changes in mobile ads on iOS.

By getting rid of the IDFA, Apple prevents advertisers from learning much about the habits of an anonymous user, and that’s supposed to make us all feel better. It could potentially hurt companies that make it their business of knowing a lot about users, such as Facebook and Google. But the controversy about the IDFA isn’t about a fight between Apple and two other tech superpowers.

The IDFA change is going to have a broader impact than that, according to Bowman. The changes Apple is making with iOS 14 will “massively hurt mobile app advertisers,” Bowman wrote today in a blog post. That includes companies that focus on mobile ad measurement, mobile marketing, user acquisition, ad networks, and ultimately those who advertise, including game companies.

Apple signaled in June this was coming, but it will still send shockwaves through gaming as the reality sinks in with the launch of iOS 14 in September. Dan Barnes, chief operating officer at mobile game publisher N3twork, raised an alarm for game developers at the Game Developers Conference Summer event in early August.

Apple is responding to privacy regulations such as the General Data Protection Regulation (GDPR) and the California Consumer Protection Act. Privacy regulations gave platform owners a pass in the past so long as they weren’t using actual user names and identities. The user was treated in an anonymous way.

Trusted measurement firms got access to data and tracked ads and what they caused users to do. They measured whether a particular ad prompted a user to take an action like download a game. Apple was fine with that for years, and it never disputed the notion that a game company could know lots of things about its own users. But Apple has now assumed a more active and prominent role when it comes to sharing data about users with other parties. Now Apple will do the measurement itself that the third parties once did, Barnes said. Apple is shifting the industry to its SKAdNetwork, and it doesn’t give out the user-level data anymore. Now it could take as long as 24 hours for Apple
to send data about users, and what it sends isn’t what it used to be. Some things like fraud might disappear as well, on the plus side.

“The result is companies are going to have to get better at messaging to their users, and level up the creativity of their ads so they work better,” Barnes said.

Facebook sounded its own alarm last week that the IDFA change will shake up the industry. It could cripple the mobile measurement and marketing companies such as AppsFlyer, Adjust, Singular, and others. It could hurt user acquisition companies such as N3twork, Tilting Point, Consumer Acquisition, and others. By making it hard to track the efficacy of mobile advertising, it could also result in fewer downloads, less efficient advertising, and layoffs at mobile game companies. That’s an ecosystem that involves billions of dollars.

Above: Apple’s new widgets in iOS 14

This week, Aristocrat’s Big Fish Games mobile games division announced it would lay off 250 people. It didn’t blame it on Apple, but Bowman wasn’t surprised. He thinks more of this will happen. Apple hasn’t responded to requests for comment on the effect that the retirement of the IDFA will have on game and app advertising. What Apple has proposed instead is a vast simplification of the complicated processes that the mobile ad industry currently uses to measure whether ads are effective. The user acquisition teams at mobile marketing firms, agencies, game publishers, and game developers won’t be able to do what they’ve done before, and so they will suffer layoffs.

Apple’s intention is to effectively get rid of cookies in mobile ads. But reports suggest that it doesn’t work well yet. Some industry people wonder if Apple means to internalize the work that has been so far been done by the mobile ad ecosystem, but Apple has not taken that step yet. Apple has also provided very little information about the SKAdNetwork, from the view of the mobile ad companies.

Bowman hopes that Apple will delay the IDFA retirement and SKAdNetwork rollout by six to 12 months.

Bowman believes this scenario would have Apple allow a grace period for companies to make a transition to other forms of performance advertising and the improvement of Apple’s own mobile marketing tech. All businesses touching iOS will have to change.

Bowman said that if Apple follows through with its plans to retire the IDFA, then “layoffs will happen industry-wide to mobile app advertisers of all sizes by the middle of November.” This is in spite of the fact that mobile gaming is booming during the pandemic as users turn to gaming while sheltering in place.

Bowman thinks the layoffs will come in the next six weeks. He said that layoffs won’t be restricted to a vertical like gaming or ecommerce, nor will they be restricted to marketing staff with expertise in one network like Facebook or Google. Mobile marketing will no longer be granular as it once was at the user level. It will become more broad-based and less trackable to an individual’s behavior.

In preparation for iOS 14, Bowman said that “all CFOs I know are adjusting down revenue projections and refining P&Ls by fully loading costs for marketing and user acquisition teams and factoring in salaries, rent, benefits, etc. to get a ‘true cost’ of advertising profitability and then comparing against external solutions from agencies and third parties.”

The result will be that user acquisition teams will be downsized, driven by uncertainty and disruption to the lifetime value (LTV) models they’ve gotten used to. The lifetime value of a user is how much money the user will bring in over the course of playing a game or an app. If you can’t track spending on a user level, then you no longer know what that user’s LTV will be. You won’t know how to remarket to that user. 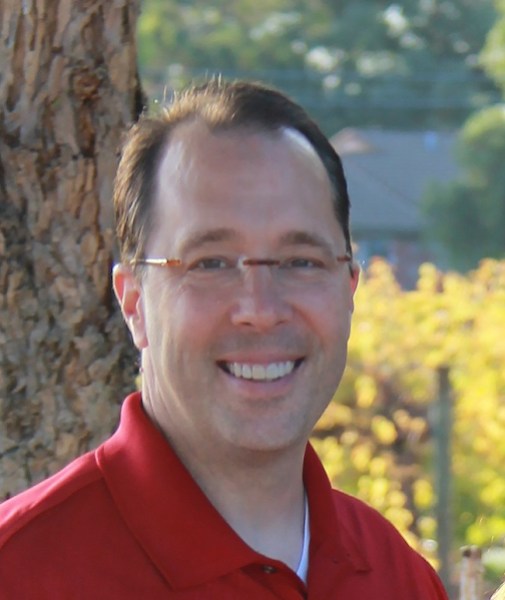 The layoffs will be fueled by simple automation of tasks that user acquisition experts ordinarily do, and media buying will be handled by automated Google and Facebook ad programs, including Google UAC and Facebook’s Automated App Ads. But Facebook will lose things like the timeliness of its knowledge of user monetization histories after iOS 14 launches.

Besides layoffs, mobile game companies are taking other actions. Zynga is trying to amass a huge number of users that it can cross-advertise to without any restrictions because they are all its own users. That drove its recent decision to acquire hypercasual game maker Rollilc, said Frank Gibeau, CEO of Zynga, in an interview with GamesBeat.

Advertising budgets will be cut for mobile app advertisers, but steeper in mid to smaller size companies, Bowman wrote. The big companies may have to sacrifice ad budgets for their older titles in favor of driving growth for their primary titles.

The marketers will have to focus on the creative parts of ads in order to optimize their spending across networks. Agencies that are good at this kind of work will grow, Bowman said.

“We believe market data is more valuable than ever,” Ron Thomas, App Annie general manager of analytics, said in an interview with GamesBeat. “You have to do more than just go deep on every single user acquisition and look at LTV on an individual basis. You have to understand what the ad performance is like on a much more macro level.”

Companies like Facebook currently target at the user level using event histories. After iOS 14, Facebook will have to target much broader segments of users using demographic and interest data. That means that Facebook’s customers, such as mobile app and game makers, will generate less revenue from their Facebook marketing. In testing, Facebook has seen a 50% drop in Facebook Audience Network revenue for publishers when personalization was removed from mobile ad install campaigns.

Facebook said it is working on strategies to deal with the changes. Consumer Acquisition is seeking to hold talks with companies in the mobile ad ecosystem to help figure out what to do. There could be a real shift to Android, but it’s good to remember, as Epic Games recently pointed out, two-thirds of the profits in mobile games are on iOS.

A small percentage of iOS users are expected to opt-in to sharing their data.

“Looking at the iOS 14 beta, the wording is not friendly” when it comes to asking users how they want to be tracked, Barnes said.

Google should watch what happens here and learn what to do itself.

I HACKED into PROJECT ZORGO!!

Russian hackers hacked the first level Olympiad in a second