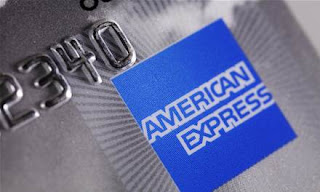 American Express has notified its customers of a
data breach at a third party provider. The company has warned its card members
that their account information has been compromised by a data breach.

In a notification letter, the card firm said it has become
aware that a third party service provider engaged by several merchants had
experienced unauthorized access to its system. According to the letter, the
card holders can expect their account number, name and other details to have
been compromised.

American Express said that it is “vigilantly
monitoring” the accounts for fraudulent activity and asked customers to do the
same and report any suspicious transaction. The letter said that customers
could receive more than one letter about the incident if more than one account
was affected.

“Account information of some of
our Card Members, including some of your account information, may have been
involved. It is important to note that American Express owned or controlled
systems were not compromised by this incident and we are
providing this notice to you as a precautionary measure,” said the letter.

Dark Souls – a chilling glimpse into a hacker's psyche

The reason contact tracing is doomed in the U.S.: Spam calls